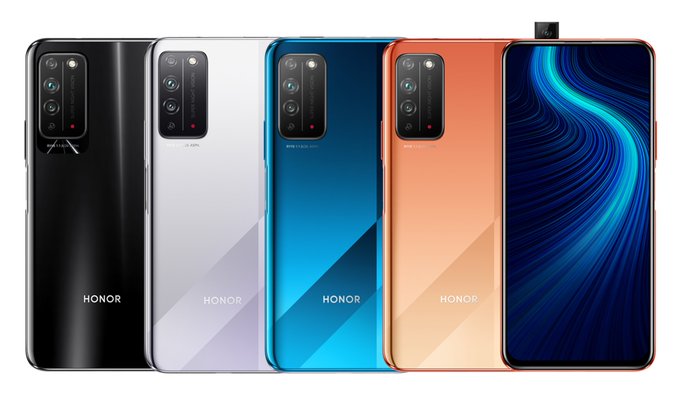 # Honor X10 5G launching in China on May 20 Huawei’s sub-brand Honor will soon be launching a new smartphone, Honor X10 5G, in its home country China. The company has been teasing the phone on its Chinese social media handles for a while now. Now ahead of the official launch, Honor has shared a render of the Honor X10 5G on Weibo that gives us our first official look at the phone. On top of that, the company has also detailed some key specifications of the Honor X10 5G that match the earlier leaks. In the render, we can see the familiar square camera module on the back with a “Super Night Vision” branding. Up top, we can spot the pop-camera, the 3.5mm jack, and secondary microphone while the right side holds the side-mounted fingerprint scanner and volume keys. As per Honor’s Weibo post, the Honor X10 5G will be powered by the in-house HiSilicon Kirin 820 SoC. 5G capability is also on board with support for 9 frequency bands. Moreover, the post confirms the phone will feature a 90Hz display with a 180Hz touch response rate. Although Honor didn’t reveal much info about other specs such as display size, camera setup and battery, there are a few rumors floating around. As per Ishan Agarwal, the Honor X10 5G will feature a 6.63-inch LCD panel and a quad-camera setup similar to the Mate 30 series — consisting of a 40MP Sony IMX600y sensor with an RYYB filter, an 8MP ultra-wide-angle camera, 2MP macro lens, and a depth sensor. Rumors also suggest the phone will pack a 4,300 mAh battery with 22.5W fast charging support, Bluetooth 5.1 support, IP5X rating, 6GB RAM and 128GB storage, and will come running Honor’s custom skin MagicUI 3.1.1 out-of-the-box. Since the phone is currently being teased for the Chinese market, Google Apps are out of the equation. ![enter image description here](https://www.xda-developers.com/files/2020/05/Honor-X10-feature.png) There’s also said to be a Pro model, Honor X10 5G Pro, that will have an 8MP telephoto camera, OIS on primary and telephoto cameras, and support for 20W wireless charging while keeping everything the same as the standard variant. The Honor X10 5G is set to be launched on May 20 at an event in China. Details regarding pricing and international availability aren’t known yet but we expect to learn more on that at the official launch. Don't forget to subscribe us on YouTube: [SUBSCRIBE NOW](https://www.youtube.com/DIPESHPAL17)_**